From children's clothing to fashion for all ages

The most important product of the company Bleyle was the sailor suit for half a century. Likewise, Wilhelm Bleyle was the first to introduce a system of standard sizes in the industry - for the benefit of the trade and, of course, his own. Men's suits as well as trousers for gymnastics, horseback riding and cycling were also produced from 1889 onwards. After 1900 came gymnastic clothes and underwear for ladies as well as girls dresses. However, knitwear for adults was much less in demand than children's. At that time she was propagated in Germany by Gustav Jäger as a reformist; however, Jäger founded his own company in England. The success of Bleyle was therefore primarily based on the sailor suits, which belonged to the standard clothing for boys around 1900.

Bleyle did not follow the form of uniforms when cutting his sailor suits; to the Kiel sailor suits. Already the fabric was very civil, namely knitwear instead of cloths. Only the model Harold was modeled on the Kiel suit, the other 11 models not really. Bleyle's suits were never marketed as sailor suits, they were always referred to as boy suits or as sweater suits. The first model named "Artur" from 1890 soon followed, the Bleyle sailor suit for boys, the Bleyle sailor dress for girls. For Bleyle the sailor fashion becomes the backbone of the business, the sailor suit for the bread and butter article, an admiral theme with almost endless variations, a textile all-purpose weapon for all days and festivals, as school and gymnastics as well as festive dress for very special occasions Communion and Confirmation. 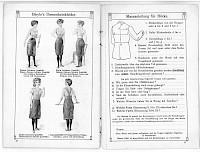 Before the first World War, eleven different models for boys only, from "Rudolf" and "Benno" ("Rudolf, only wide sewed"), "Eugene" and "Emil" ("with collar and insert of navy blue detergent ") To" Oskar "(" with blue knitted fabric waistband ") and" Harold "(" hand-knitted, genuine color anchor "). The boy's suit "Harold" was delivered in 1957 as the last model. Also the girl blouses with the series "Luise" and "Else", as well as the turnblock "Lotte" were very popular. In 1915, twelve different suit models were produced. The company not only produced the knitted clothing, but also offered the customer a comprehensive washing and repair service. 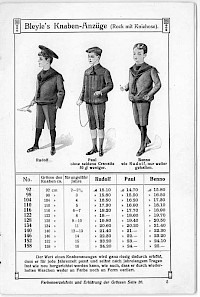 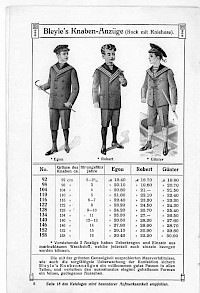 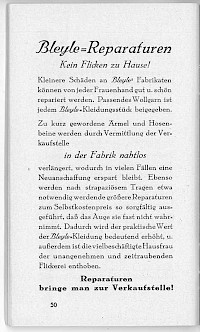 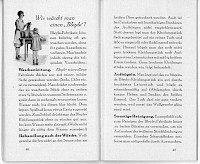 In the time of National Socialism, the demand for sailor suits, however, fell, because the NSDAP wanted a different form of children's uniform during this time. After the second World War, the sailor's suits were largely over; Bleyle produced the last model in 1957. In the post-war years, the company introduced itself to a full range of clothing for women, men and children. The Bleye brand was not only known all over Germany, but also internationally. Blouses, sweaters, dresses, costumes, jackets, coats, etc., as well as nightwear and underwear for women, men's wear for men and children's clothing were offered in the high-end price segment in a branch network of their own sales areas and through retailers. 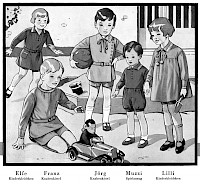 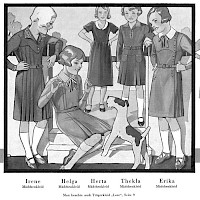 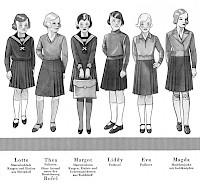 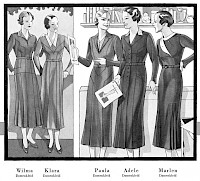 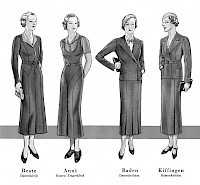 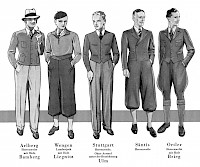 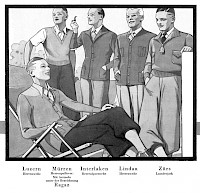 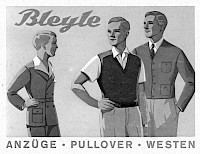 The product range was extended by Vetrix and Nixe, which meant a strong orientation in the market for women's wear. The Vetrix collection included dresses, skirts, pants, stockings and pantyhose. Under the trademark "Nixe", which was registered in 1953, a popular and well-known swimwear collection was created. From the 1950s onwards, the fashionable side of the Bleyle product range can be exported and Germany's own Bleyle stores with clothing have been opened for the whole family, for example in Berlin. Bleyle employed 3200 employees, had five production sites, exported to 35 countries and achieved a turnover of 75 million DM in 1955. With the focus on women's fashion by the Vetrix line, Bleyle became an attractive fashion brand in the postwar consumer society Quality. From the beginning of the 1960s began Bleyle with the establishment of a network of franchise shops. 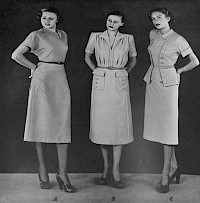 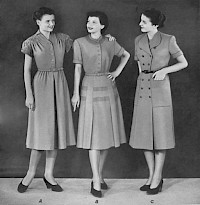 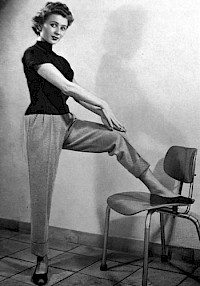 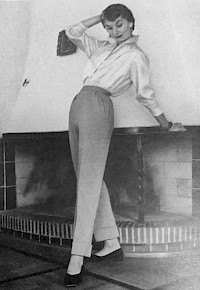 The period from 1959 onwards was entirely devoted to the importation of goods and merchandise from Italy. Since 1958, there was a branch office in Milan where the import of goods from Italy began in 1959 through the company Eurotex, which was founded for this purpose. The balance sheet total rose from DM 19.6 million in 1948 to DM 19.2 million in 1955 and finally to DM 30 million in 1960. In 1961 the Vetrix brand already accounted for 34% of the total turnover. In total, the Bleyle brand in 1961 included about 180 trademarks. In the advertising, however, only "Bleyle", "Vetrix" and "Nixe" were present.

In 1961, the company consisted of the following product groups:

From the 1970s, on the other hand, the name Bleyle was associated with conservative, even old-fashioned clothing, which the company ultimately failed to release despite some counter-measures. 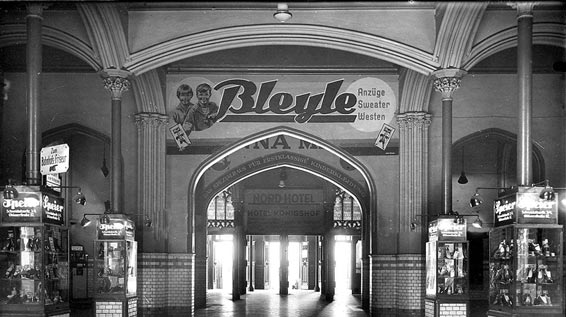 one of the first branded articles generally